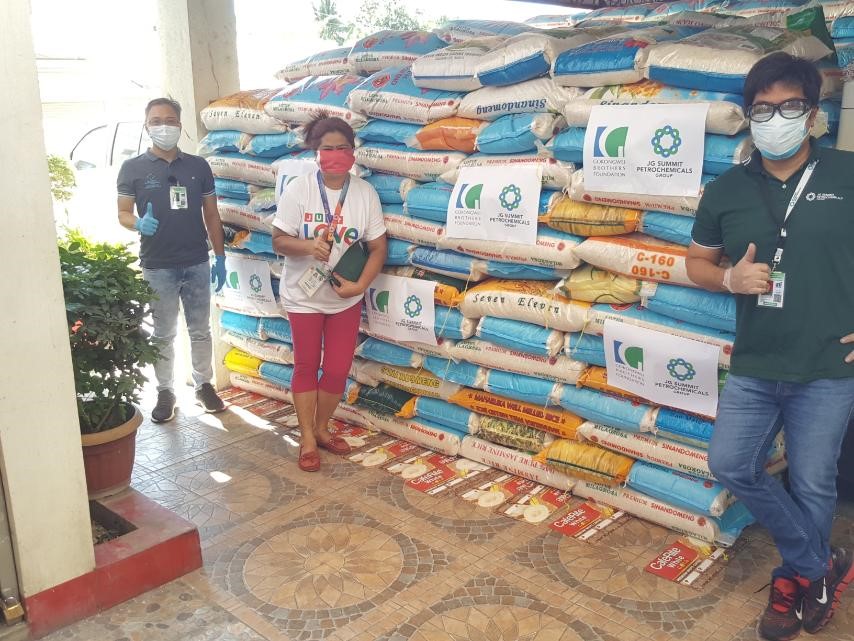 The JGSPG Government Affairs Team during distribution of the food aid.

As the enhanced community quarantine due to the COVID-19 pandemic was extended for several more weeks after the initial month of implementation, JG Summit Petrochemicals Group (JGSPG), with the support of the Gokongwei Brothers Foundation (GBF), distributed more aid for residents of its host barangays and other groups in Batangas City.

A total of 350 sacks of rice were delivered to various local government units and groups between late April and mid-May, in addition to the first two tranches that were distributed during the immediate first few weeks of the ECQ. This third and fourth batch of food aid donations were made possible through the combined efforts of JGSPG and GBF.

The latest and fourth batch of aid were dispatched on May 14. 200 sacks were turned over to various groups including the IATF-LGU Batangas City Command, jeepney and tricycle drivers in north Batangas City and ABAKA in Barangay 4. The three host barangays where JGSPG operates were also again recipients, receiving so far total of four batches of relief assistance from the company during the entire duration of the quarantine period.

With the additional aid, GBF and JGSPG continued to extend help to communities in and around its petrochemical manufacturing complex, as well as to other neighboring barangays in Batangas City, to help them cope with the impacts brought about by the pandemic. 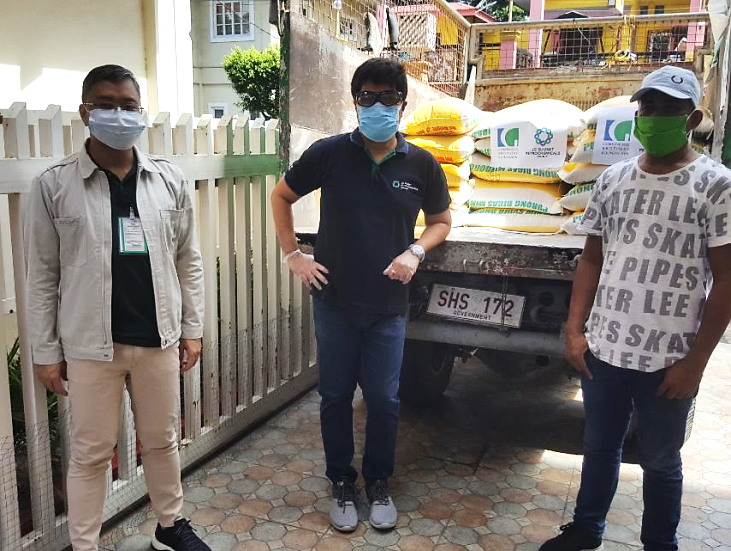 The JGSPG Government Affairs Team during distribution of the food aid.

Barangay Gulod Labac Chairwoman Digna Fajarito conveyed her message of gratitude, saying “Through these trying times, you have greatly shown the essence of humanity; and for that, we are very grateful… We will never forget what you have done for us as it is in working together that we can all surpass this obstacle.”

Councilor Metha Villeza-Zaraspe, a member of the Barangay 4 Council, likewise sent a message of appreciation saying, “We would like to express our most heartfelt gratitude for the aid you have sent us and for the members of our community.” She added, “We shall remember this act of kindness long after this crisis is over.”

The coronavirus pandemic is a crisis that brought unprecedented challenges, the likes of which were never experienced before by many communities. JGSPG’s continued donation drive is testament of its commitment of lending a hand to help neighbors during difficult times. 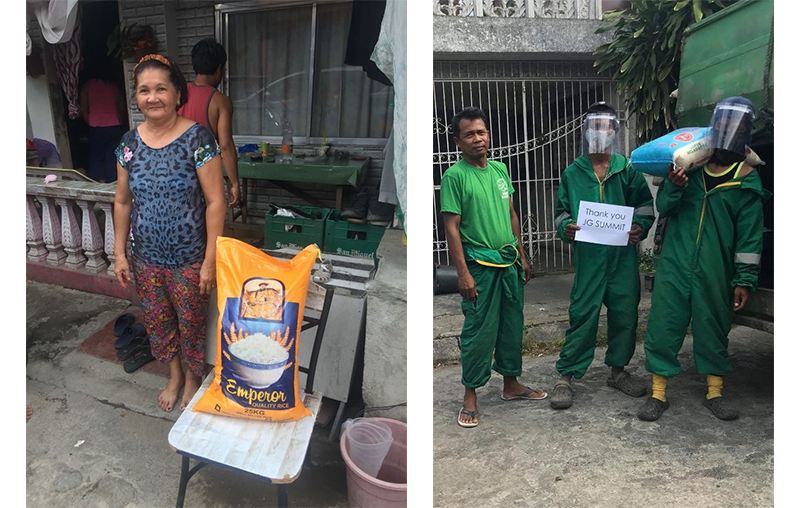 Some of the recipients of the rice assistance from GBF-JGSPG’s continued donation drive.