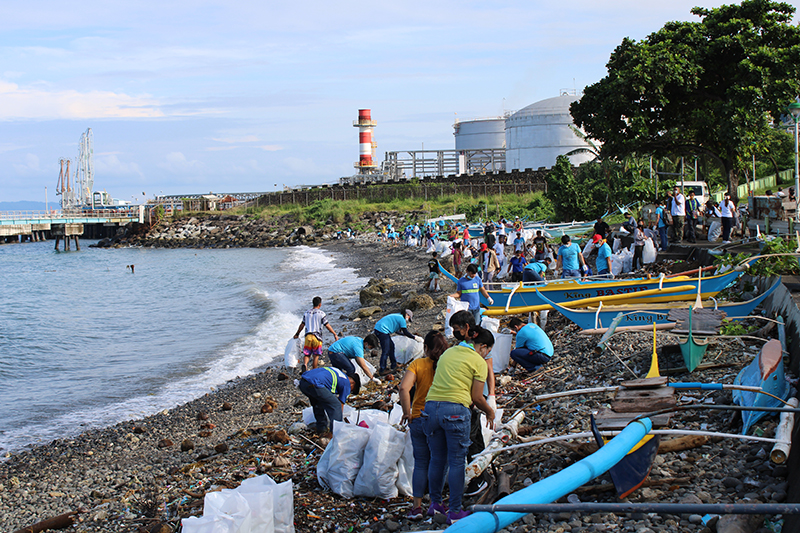 The ICC is a global initiative that aims to address the marine debris problem in many of the world’s oceans.

Composed of 216 participants representing employees from JGSOC, URC BOPP Packaging, URC Flexible Packaging, Merbau Corporation, and teachers, students and volunteers from barangays Pinamucan Ibaba, Pinamucan Proper, and Simlong, the participants readily flexed their muscles to collect trash that were left or washed ashore on the coastal areas of Barangays Pinamucan and Simlong and the riverside area of Barangay Pinamucan Ibaba.

About 250 large bags that weighed an approximate 1,480 kilograms filled with debris and wastes such as bottles, bottle caps, plastic and paper cups, polystyrene containers, used nets, sachets and other items used for fishing were collected from about one kilometer stretch of shoreline.

JGSOC has been actively participating in the ICC since 2007 as part of its commitment to preserve the pristine ecosystem and marine diversity of Batangas Bay. Since JGSOC joined the ICC, the company’s volunteers have collected a total of almost 10,000 kilograms of marine debris from the Batangas shoreline and nearby bodies of water.