JG Summit Petrochemicals Group celebrated Philippine Environment Month in June with a series of activities that reaffirmed the company’s commitment to protecting the environment. Over the course of the month, 26,529 forest and fruit-bearing seedlings were donated to various Batangas local government units, civic organizations, and employee volunteers.

Philippine Environment Month is celebrated every June by virtue of Proclamation No. 237, signed by then President Corazon C. Aquino in 1998. The proclamation called upon Filipinos “to give generously their time and effort towards the protection, enhancement and development of our environment.”

To plan their activities for Philippine Environment Month, JGSPG and the Rotary Club of Batangas held a meeting on June 5 where they discussed how to contribute to the regreening and forest rehabilitation projects in Batangas City and Batangas province. The date of the meeting auspiciously coincided with the observance of World Environment Day, held every 5th of June, since 1974. 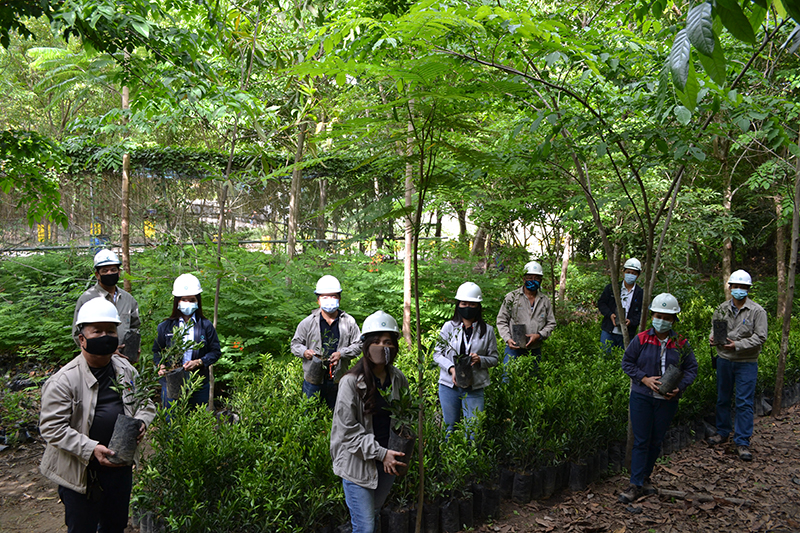 Later the same day, JGSPG held a virtual meeting with the Biodiversity Management Team of the Batangas Provincial Government Environment and Natural Resources Office to facilitate the distribution of seedlings to various municipalities in the province. With Batangas still under the modified general community quarantine, special logistical and travel arrangements had to be ironed out. Nevertheless, through the determined efforts of JGSPG and the recipient organizations, the restrictions were overcome and deliveries proceeded as planned.

Distribution commenced on June 13 with 900 seedlings sent to Barangay Pallocan West for its regreening project. On June 18, officials of Barangay Pinamucan Ibaba picked up 4,000 seedlings, which were then distributed to the barangay’s residents and to Pinamucan Elementary School students. On June 23, another 4,000 seedlings were donated to Barangay San Isidro’s residents and students. An additional 5,850 saplings were donated on June 29 and 30 through the Batangas Provincial Government Environment and Natural Resources Office for the municipalities of Lian, Calatagan, and San Juan.

Aside from the Batangas LGUs, civic organizations also benefited from the donation, with 5,000 seedlings donated to the Congregation of Our Lady of Charity of the Good Shepherd, intended for their retreat centers and ecological retreat farms. On June 29, the Rotary Club of Batangas received 5,000 seedlings to support the regreening project of the Philippine National Police in the city, and supplement the Rotary Club’s reforestation projects in Batangas City.

On July 1, JGSPG participated in a tree-planting event organized by the Rotary Club of Batangas in Barangay Tinga Labac, Batangas City. As part of the city’s regreening efforts, a proposal is under consideration to convert the tree-planting venue, a former dumpsite that was closed in 2010, into an ecological park.

JGSPG employees also received a total of 1,779 saplings. A simple ceremonial activity was held on June 25, celebrated as Arbor Day in the Philippines, for the symbolic distribution to the employees.

The 26,529 seedlings distributed by JGSPG throughout June included fruit-bearing trees of cacao, dalanghita, calamansi, rambutan, and guyabano, and forest trees of narra, molave, and caballero.

Despite the challenges posed by the new normal, JGSPG continues to care for the environment as one of its priority corporate social responsibility advocacies, in collaboration with like-minded groups among its host communities and partners in the province. 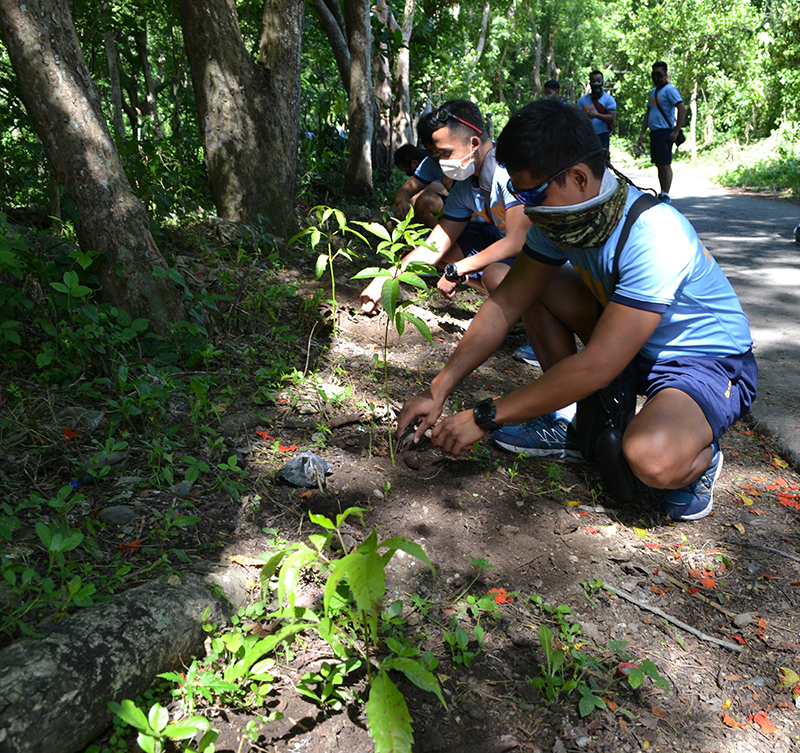 Members of the Philippine National Police at their regreening project in Batangas.

Original story can be found on https://www.jgsummit.com.ph/impact/jgspg-donates-26-000-seedlings-to-mark-philippine-environment-month?preview=1