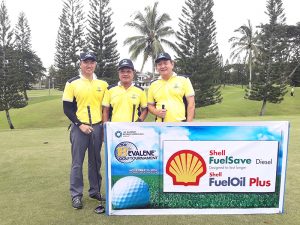 JG Summit Petrochemicals Group held its annual EVALENE® Golf Tournament last November 16, 2016 in the mountains and fairways of Malarayat Golf and Country Club in Lipa City, Batangas. The event was attended by 97 golfers composed of customers, suppliers and JGSPG executives as they gathered to celebrate the 18 hole-some years of the most anticipated tournament.

This year’s event turned extra exciting with a number of new participants from customers and suppliers. Golf sponsors which increased to 30% were acknowledged and recognized during the start of the program. A festive lunch was shared by the golfers while the awards and raffle are being announced.

The event was able to sell P39,300 worth of mulligan tickets which are used by the players during the game. The said amount is dedicated for the JGSPG’s Abot Kamay Christmas Party event celebrated with the students of Brgy. Pinamucan Ibaba and Brgy. Simlong Elementary Schools.

The EVALENE® Golf Tournament aims to create a business and social platform where players come together over a friendly, competitive game to encourage stronger partnership with each other. 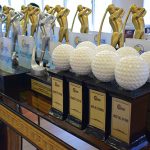 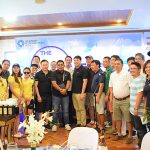 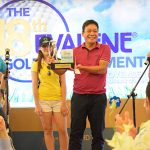 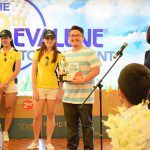 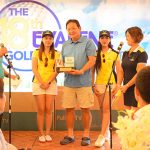 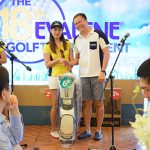 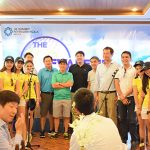 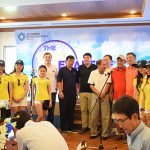 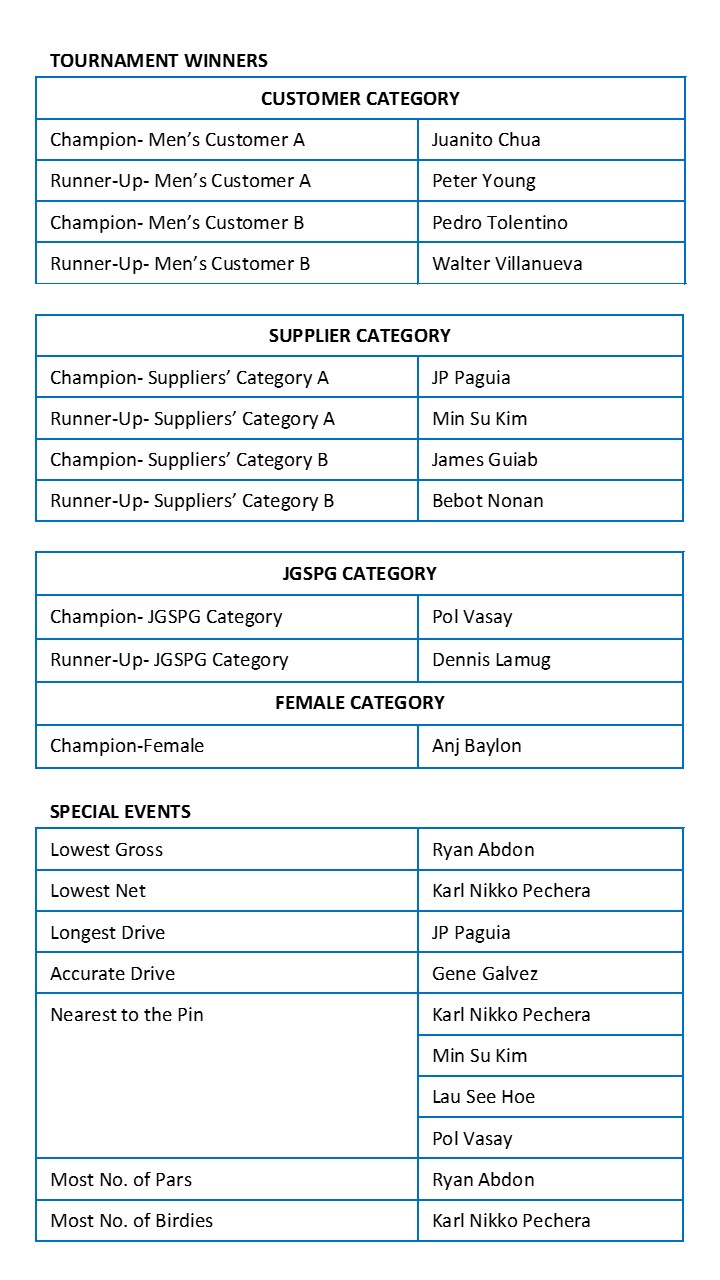